For years I’ve been equally interested in and intimidated by screenwriting. Not that I feel any kind of mastery of writing YA novels, but at least I’ve been reading them since the age of 10 or 11. I understand the format and I know what I like. And, whether it was in school or conversations with friends, I’ve spent hours talking about books. While books feel like well-covered territory, screenplays feel like maybe they’re written in hieroglyphics and discussed in secret clubs too cool to have me as part of their membership.

I decided to seek out information and educate myself on the mysteries of writing screenplays. I found classes of various lengths that cost anywhere from $400 to $3000. I’m sure those programs are worth the money, but with a full time job and a couple of other projects in the works and a “continuing education” budget of zero, it didn’t seem like a wise investment.

But then Google led me to an article about an online, self-paced course with Skillshare.com. According to the class description, students would be given the instructions and guidelines to write an 8-10 minute short based on 1 of 3 texts. And, strangely (although, not THAT strangely, as this guy is everywhere) James Franco would be the “professor” appearing in most of the online video classes. Odd, but intriguing. Oh – and the course was priced at $25. Sign me up, Dr. Franco!

So, my overall review of my first Skillshare experience is pretty positive. The project guidelines are simple and loose enough to feel doable but still provide enough structure to keep me motivated and on track. The online lessons with Franco and producer Vince Jolivette feel more like advice or tips than actual lessons, but I think that’s reasonable (and still valuable) for this type of format.

One thing I’m struggling with a bit is feedback. Skillshare is set up a bit like a social networking site, allowing members to follow each other, like projects and comment on each other’s work. Community feedback is one of the course’s selling points; not only do you get instruction, but you get feedback from your peers.

Don’t get me wrong, I LOVE feedback and criticism. I’m lucky enough to have a handful of go-to readers that I respect and trust. But, I respect and trust them because I know them. And their taste. On Skillshare, the feedback I get comes from complete strangers. The only thing I know for sure about them is that they paid $25 to take an online class.

I’ve decided to keep an open mind, but proceed with caution. And solicit feedback from my usual critics.

No matter what, at the end of this course I’ll have a completed script for an 8-10 minute short, which puts me just a little closer to the super cool secret club of screenwriters.

Question: If you could pay James Franco $25 to learn how to do anything, what would it be?

2 thoughts on “This thing I’m doing with James Franco” 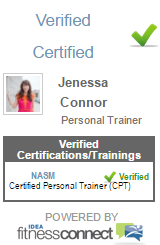